This month I had the opportunity to travel to two places I absolutely love. First, I got to go to Colorado, the state where I was born and raised, to visit my family for the weekend. Going home is always such an amazing time and seeing my family and friends, if only for a weekend, is crucial for my sanity. I also had the opportunity more recently to visit New York City for the International Contemporary Furniture Fair or ICFF. NYC takes my breath away; the sights, the sounds, the buzz of busy city life; the city is so beautiful in its own way in which you can’t find anywhere else. 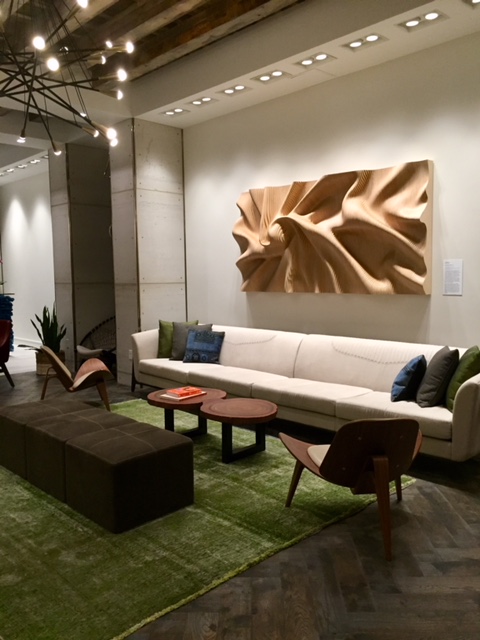 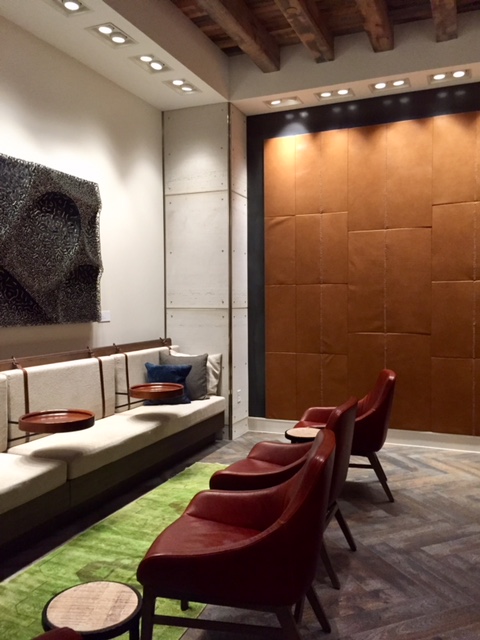 One thing I can say about Nashville, Denver, and New York City is that they all are bursting with their own perfect personalities. One company that has tapped into those personalities is Kimpton Hotels. If you have never been to a Kimpton Hotel, take my advice and go! All three cities have a boutique hotel designed by Kimpton that directly define the city they call home. In Nashville you will find the Aertson Hotel, in Denver you will find the Monaco Hotel and in New York is the Hotel Eventi. The founder, Bill Kimpton, established the very first boutique hotel in San Francisco. The philosophy behind its design was to ensure the guest felt like they were in a stylish home setting rather than a corporately owned big hotel. The company has since established its presence in over thirty U.S. cities with over sixty boutique hotels. Its important to note that over a dozen are award winning!

Each hotel is unique to that city, from the linens on the beds to the cuisine in the restaurants, not a detail is overlooked. The thought is put forth with each hotel from the beginning. They customize their hotels to ensure each represent and reflect the city they call home. It is almost like you could understand everything about the city in which they reside by experiencing the beauty of the hotels. 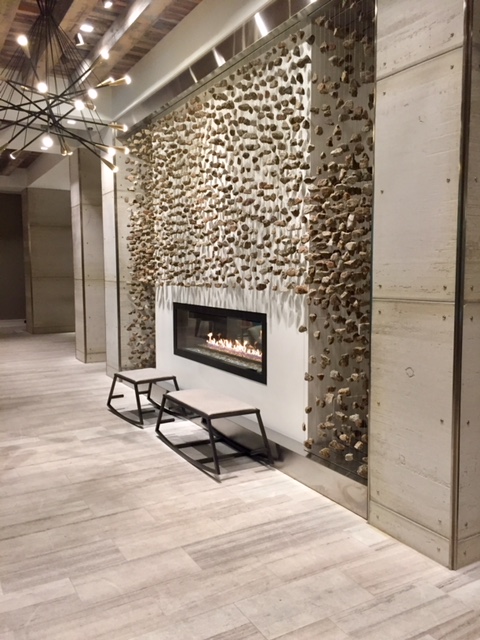 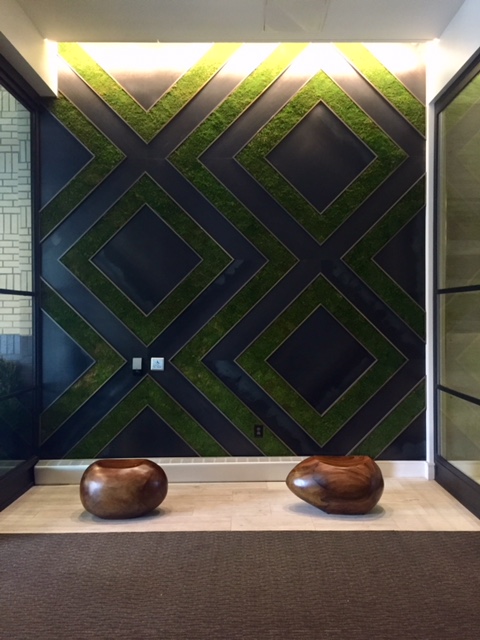 The Kimpton Aertson Hotel is located in the Midtown neighborhood off the tourist path of Nashville, TN. With this hotel you can see how they accomplished an industrial-chic design that celebrates Nashville’s modernization and ever fast growing city. The use of luxurious cararra marble, industrial exposed concrete, live edge wood and stitched leather through out make this on point for this ever growing city. 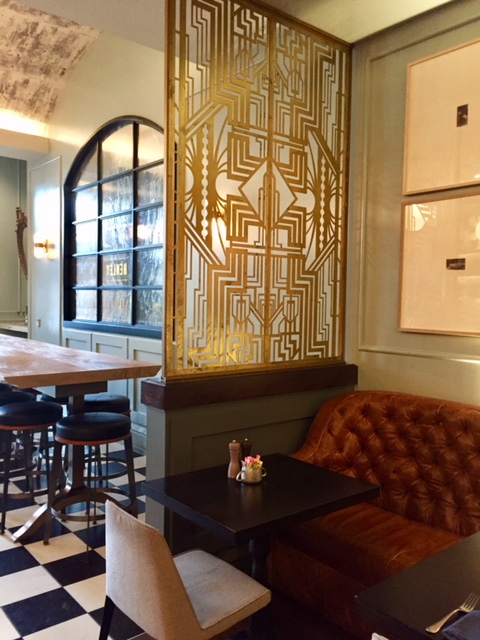 Hotel Monaco in the spry city of Denver has a soft spot in my heart. I have memories as a child visiting this boutique hotel. The recently renovated 189-room hotel is located in the heart of Denver. It is in walking distance to many attractions that keep the city so lively. Hotel Monaco is filled with a neutral palate and is accented with rich blues throughout. Walking through the hallways you will find beautiful metallic wallpaper that resembles gold flakes from Colorado mining towns. These details pair nicely with leather accents and works from local artists that you can find hanging in all guest rooms. 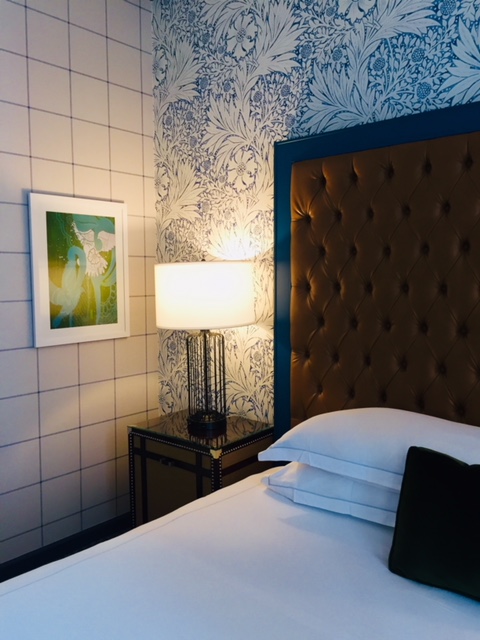 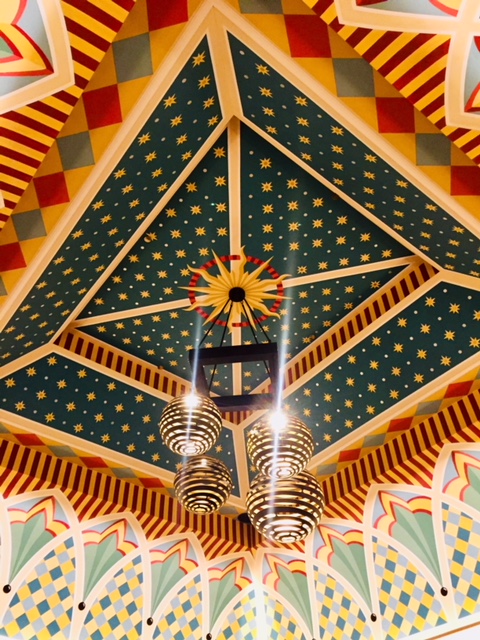 I have to say that my first impression walking into Kimpton Hotel Eventi located in the Chelsea neighborhood in NYC was jaw dropping. It is full of everything I would do if designing a boutique hotel. You get an immediate feeling of relief and welcome with vibrant greenery in oversized pots upon entering. It is a rare sight on the crazy streets of NYC when everything around you is concreate or asphalt. The Kimpton Hotel Eventi utilizes clean lines, relaxing neutrals and pops of color to catch the eye of a guest taking on the bustling city of NYC. 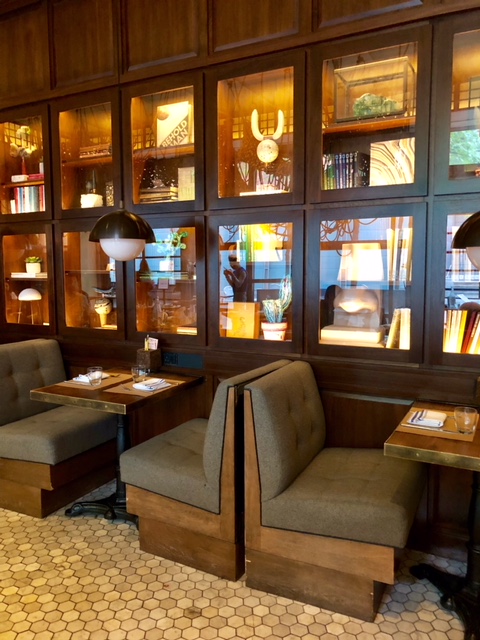 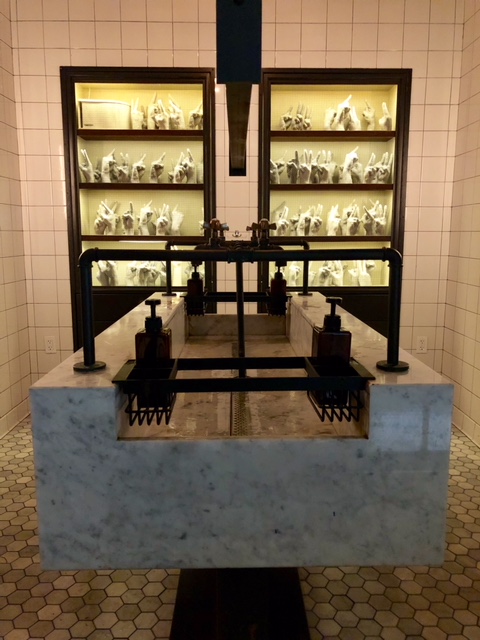 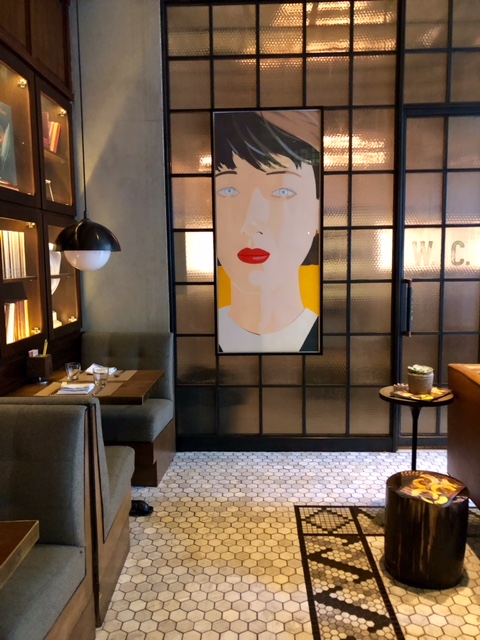 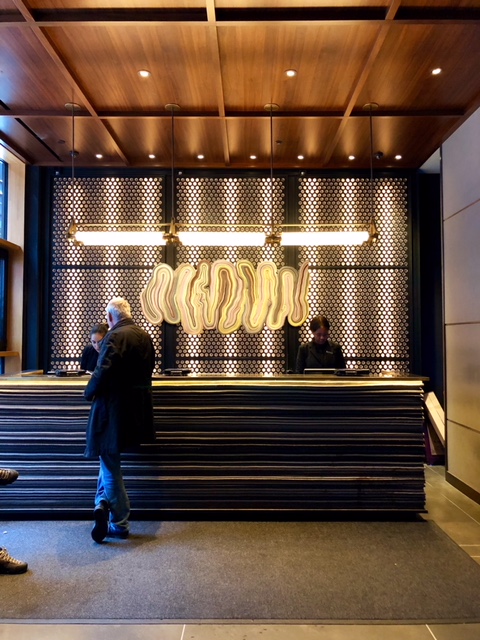 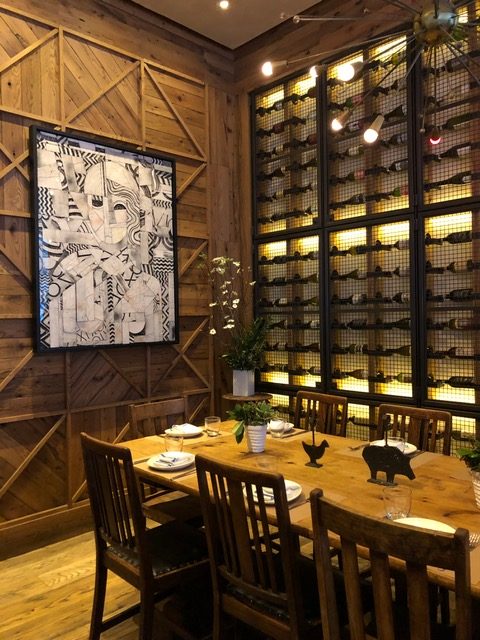 Having the opportunity to visit these three hotels and experience the art, the food, and the design took my expectations of hotels to another level. The word “hotel” doesn’t even do them justice. It truly felt like being a guest at a home of a close friend with impeccable taste.